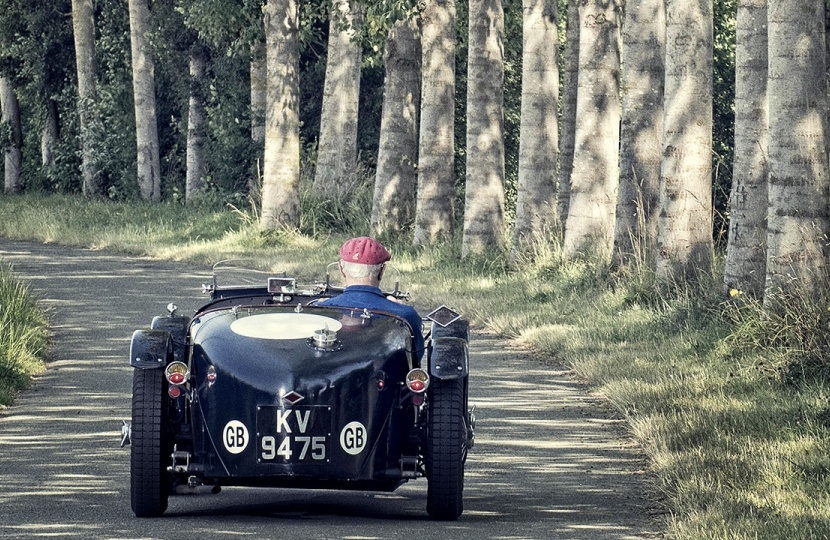 Dan Russell explains how Britain can escape the low growth trap and propser in the future.

Economies have speed limits – these determine how quickly an economy can grow within its current supply capacity.  If an economy grows faster than this, demand can outstrip supply, pushing up prices and inflation – leading to the economy overheating.

According to the Bank of England, our supply capacity limits us to GDP growth of around 1.5% per year.  So, while we may not be able to speed away like China or India, we are growing sustainably and within our limits.  But, I believe that we could grow faster, and for that we clearly need to expand the economy’s supply capacity.  Supply capacity is dictated by several factors, including business investment, the availability of labour, and quality of infrastructure.  Let’s examine each of these in turn.

First, business investment.  As you see from the graph below, over the past decade the UK has seen both increases in business investment and investment slumps.  It would be wrong to say that these originated after the Brexit referendum; they have happened before and with greater severity.

However, in terms of value, we are no longer attracting as much investment as we did before the referendum.  This has had a corresponding effect on business confidence, as the graph below shows.

The solution is clear: we need to restore business confidence to pre-referendum levels.  This is easier said than done, but I believe that securing a deal with the EU will assist with this, because, as we know, business groups regularly report that uncertainty is adversely affecting confidence.

Whilst this would indeed be welcome, a resurgence in business investment would only return us to the oscillating pattern that we have seen previously.  When business investment has followed this traditional pattern, our GDP has grown slowly (as the graph below demonstrates).

Our economy can do better.  With that in mind, let’s look at the second factor – the supply of unemployment.  Unfortunately, our economy won’t find much salvation here either.  As the graph below confirms, the UK has record levels of employment and businesses are now finding it harder to recruit people.  In other words, there is a shortage of available labour.

That leaves us with the final factor: the quality of infrastructure.  According to the Global Infrastructure Hub, the UK is not a bad infrastructure investor.  Of the ten largest markets in the world, we are on track to be the sixth largest investor in infrastructure – ahead of Indonesia, Australia, Brazil and Germany, and only slightly behind France.

In financial terms, between 2016 and 2040, we are expected to spend £1.7 trillion on infrastructure, around £65bn annually.  We should, therefore, expect to see some improvement; but, more could be delivered.  That is because our infrastructure investment gap, the difference between need and expenditure, will stand at £149bn by 2040.  This is the second largest gap in Europe.  To close this, we must now spend around £6.2bn more on infrastructure per year.

As much as we need to spend more on infrastructure, we also need to spend smarter.  We need to stop expensive vanity projects, like HS2, and invest in a way that truly rebalances our economy.  That means providing the funding for Transport For The North’s Strategic Transport Plan and similar sub-national transport bodies.  Moreover, we should spend more on the connections to our ports to keep goods and people moving as efficiently as possible.  Finally, we should invest more in airports beyond Heathrow, because there is space to expand Stansted, Manchester and Birmingham.

Whatever we choose to do, we must close our infrastructure investment gap.  That is how we will speed up economic growth.  I believe that spending in this way is affordable, even in a period of fiscal prudence, and would give businesses a reason to feel confident in the future.

A return to normality in business investment and maintenance of the current supply of labour cannot deliver this change.  Only by properly investing in our infrastructure can we break the economic speed limit.