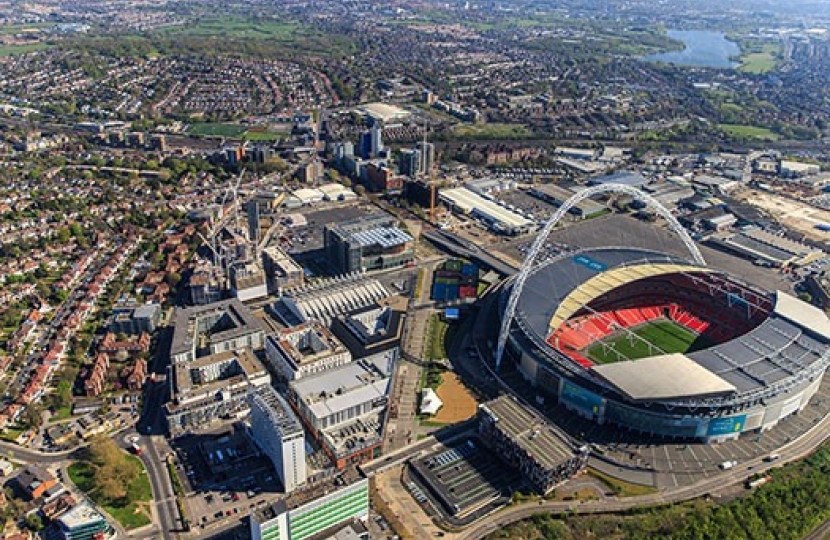 Councillor John Warren, Leader of Brent Conservative Group, explains why residents in the borough should vote Conservative in the Local Elections on May 3rd 2018.

Brent deserves better than the Labour administration that has overseen the area over the course of the last four years.  Its record is clear:

This is a shame, because our borough has a lot to celebrate.

Brent has one of the most diverse populations of any area in modern Britain.  People from a wide variety of backgrounds, religions, races and countries live and work side by side.  It’s this diversity that is at the root of Brent’s untapped potential.  Our area could be one of the most innovative and prosperous London boroughs if it had a Council that supported residents to achieve their aspirations.  Instead, it holds them back by increasing Council Tax and other charges.  A Conservative Council would support residents in Brent by freezing Council Tax for four years (2018-2022).

Brent has one of the world’s great sporting arenas.  But, whilst every match that is played at Wembley Stadium shines a light on our borough’s ingenuity, it also exposes the degree to which the Labour Council has allowed our infrastructure to decline.  Roads and pavements in Brent are amongst the most poorly maintained in London, and this harms our potential by hurting our local economy.  A Conservative Council would invest in Brent’s infrastructure.

Brent has a high demand for affordable housing.  The Conservative Government has committed to investing billions of pounds in housing.  But, the national government needs local councils to help, by streamlining the planning process and making it easier to build houses for first-time buyers.  A Conservative Council would fix Brent’s broken planning system and help people to get onto the housing ladder.

Brent has a lot beautiful natural scenery.  Our parks and reservoirs are home to an array of plants and animals that enrich the local environment.  The current Council, though, has shown little appetite to invest in preserving precious habitats in the borough.  A Conservative Council would protect Brent’s natural environment.

Brent has some of the most public-spirited residents in the capital.  Our community groups and voluntary organisations do great work in supporting hard working residents and championing worthy causes.  A Conservative Council would work with community groups and voluntary organisations across the borough and ensure that communities get speedier access to the monies collected through the Community Infrastructure Levy.

Your Conservative Party has a vision for a better Brent.  I want everyone in the borough to help us achieve this vision.  Please give us your support on the 3rd May by voting for your local Conservative candidate.