Nicola Sturgeon Is Wrong About The EU 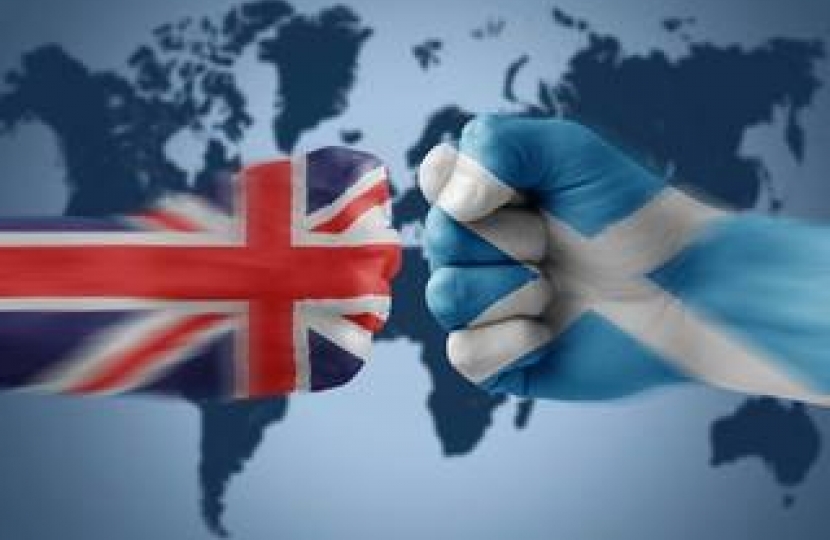 Jack Buller is a Parliamentary Caseworker for Nigel Evans MP in the House of Commons.

In 2014, Scotland voted by a margin of 55% to 45% to remain a member of the United Kingdom, based on a record-breaking turnout of 85%.  In 2016, as the UK chose to leave the European Union, Scotland overwhelmingly voted the other way – with 62% voting to remain and just 38% voting to leave.  This created the current dilemma: does it matter more to Scotland to be part of the UK or the EU?

It’s no surprise that for the SNP remaining a member of the EU remains its chosen goal.  Nicola Sturgeon has declared that “Scotland will not be dragged out of the EU”, she mounted legal action against the UK government, and has jetted around the EU meeting senior officials in an attempt to keep Scotland in the single market.  The irony of this is, of course, that at the same time as saying she doesn’t want Scotland to be ‘ruled’ from Westminster she is happy to become a rule taker from Brussels.

While arguments about the potential advantages and disadvantages of Brexit continue to rage, when you dive into the detail it becomes clear that Scotland has the greatest potential to exploit the new global opportunities leaving the EU presents.  At the same time, it will face far less disruption to its economy compared to the rest of the UK.  In 2016, for example, 43% of the UK’s exports went to the EU; for Scotland this figure was just 17%.  The vast majority of Scotland’s exports (61%) go the rest of the UK, with these being mainly focused on services.

Indeed, tilting away from the EU would not be a new direction for Scotland.  Since 2002, its exports to the rest of the world have grown beyond its exports to the EU.  In 2002, £11.5bn and £9bn went to the EU and the rest of the world respectively.  By 2016, this had grown to £12.7bn and £17.1bn, with the largest export industry being food and drink – valued at £5.5 billion, more than twice the size of the petroleum export market.

Scotland may have voted to remain in the EU referendum, but that doesn’t mean that it can’t reap the rewards Brexit has to offer.  It’s true, Scotland receives significant funds in development grants from the EU, but these can easily be replaced by the UK government.  The economic opportunities Brexit offers the devolved regions of the UK are unique and could help to close the gap with the South East.  In 2017, total UK exports of goods and services increased by 13% and 7% respectively.  This demonstrates the potential for growth that the UK will have once it is able to sign its own free trade deals.  Manufacturing hubs in the north of England and in Scotland stand to gain the most from these new deals.

While the SNP seeks to exploit the EU referendum result to cement its position, it risks destabilising the union and, if it gets its way, it could tear the world’s oldest political union apart.  As the traditional voice of rational economic policy for the common good of the people, it falls to the Conservatives to counter the nationalistic rhetoric of the SNP, and to remind the Scottish people of the opportunities that lie just over the horizon.