Tax Is Taxing: A Lesson For Brent Labour 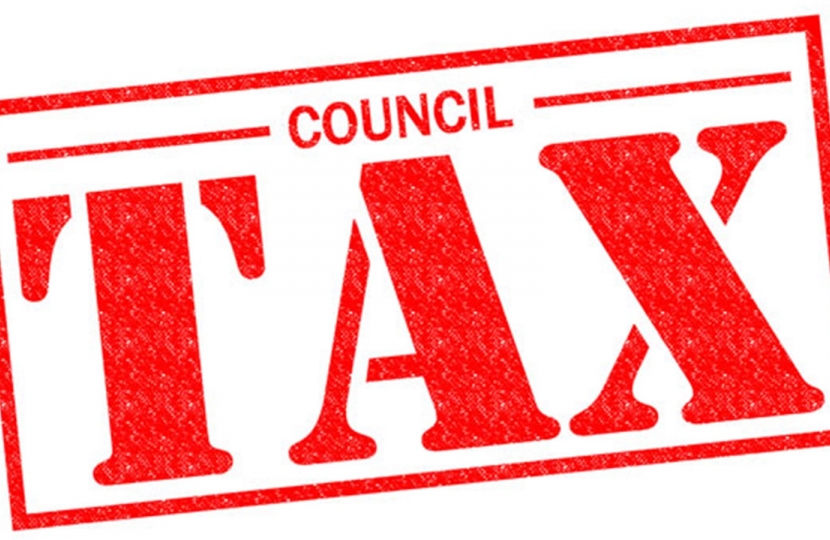 Poppy Simister, Conservative Local Election candidate in Mapesbury, sets out how a Conservative Council in Brent would give residents better public services at the same time as reducing their tax bills.

Once again, Brent Labour is putting up your Council Tax.  With a planned increase of 4.99% this year, they will have increased council tax by 13% since the last Local Elections.  That means more than £70 extra per year for a band D property, all while your public services have declined, streets have got dirtier, and services like free bulky waste collections have been withdrawn.  Most galling is that it's completely unnecessary.

Brent Labour loves to plead poverty and claim their income from central government has been slashed.  This is political, and it's nonsense.  They would rather build a narrative attacking our Conservative government than get on with running good public services.  Brent Conservative Leader John Warren and his colleagues have fought against Brent Labour's budget both in and out of the Council chamber.  If the Conservatives take control of the Council after 3rd May, we will freeze your council tax for a full 4 years.  Not only that, we will reverse the increased charges for garden waste disposal, scrap parking charges for electric and low emission hybrid cars, and give Council Tax discounts for residents in receipt of Universal Credit.

Brent receives income from a range of sources - not just the headline central government grant, but also specific funds such as the New Homes Bonus (£9m in 2018/19), the Public Health Grant (£22m in 2017/18), and funds earmarked for specific services like adult social care (an additional £12m last year).  These funds give Brent plenty of money for good quality public services, while still maintaining prudent reserves.  But Labour chooses instead to make bad forecasting and spending decisions, and hand money back to developers (all the while paying the Council CEO over £200k per year – more than the Prime Minister!).

Last year, the Labour Council put aside a £3.5m in contingency funds, for unspecified 'rainy days'.  Of that £1m was gifted to the Tricycle Theatre - hardly a rainy day, nor an essential use of taxpayer money.  The bloated capital budget has been underspent by £100m.  And rather than spending the £9m New Homes Bonus in 2018/19 on the extra services required by those additional residents, Labour has chosen to sit that money in that huge capital budget, doing no good to anyone.

We can all see the massive new developments going up around Wembley, and yet Labour deliberately underestimates the new Council Tax and Business Rates the Council will receive from these new residents in order to justify taking more from existing residents.  And when developers are forced to provide funds to help cushion the impact of developments, that money is not used for the real benefit of the Borough, as the notorious decision to hand £17.8m back to Quintain for development at Wembley shows.

So how will a Conservative Council in Brent freeze council tax?  Muhammad Butt's 4.99% increase will raise Brent just £5.4m, despite causing hardship to families across the Borough.  We will start using the New Homes Bonus for its intended purpose - providing the services needed to accommodate new residents in Brent, not lining the Council’s coffers.  We will make sure that the Community Infrastructure Levy is used to fund projects in the community, not as a masked subsidy back to wealthy developers.  We will make realistic forecasts about the income that the Borough's many new developments, residents and businesses will earn for the Council.  We will hold realistic contingencies - only those needed for genuine emergencies, not as spare cash for Councillors to spend on their pet projects.  And we will continue to pare back the sprawling costs Brent incurs – it’s sad to say, but nobody has ever read the Brent Magazine and we don't need to be spending £1m on Council press and communications.

Labour in Brent has had a monopoly for too long.  It's bred complacency and bad financial management.  There is a better way.  With Conservative leadership after the 3rd May, we can freeze your Council Tax, reduce garden waste and low-emissions parking charges, and give extra help to families on Universal Credit.  We want to give you better government and let you keep more of your own money; this is possible, but only with a Conservative Council.